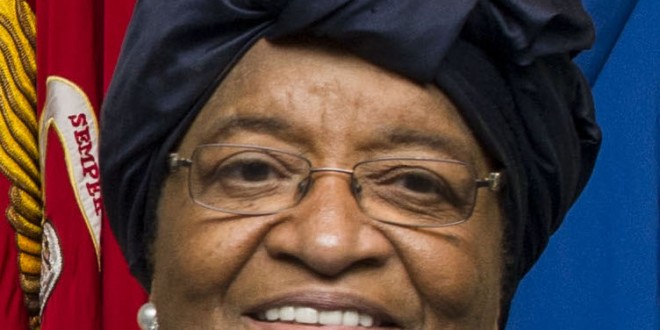 Gonzaga University will host Ellen Johnson Sirleaf, president of Liberia and winner of the 2011 Nobel Prize for Peace, on Oct. 4.

Sirleaf, the first democratically elected female head of state in Africa, has also agreed to deliver Gonzaga’s sixth Presidential Speaker Series lecture, the first by a visiting head of state, at 7 p.m. that day, in the McCarthey Athletic Center.

A global leader for women’s equality, Sirleaf will reflect upon her life story and discuss the promotion of global peace, justice and human rights, according to a press release.

The public is invited to hear firsthand of President Sirleaf’s efforts to bring economic growth and peace to war-torn Liberia, her response to the Ebola crisis, and her award-winning efforts to promote human rights, freedom and justice worldwide.

“President Sirleaf is regarded as among the most powerful women in the world and the recipient of many honors, including India’s Indira Gandhi Prize in 2013 in recognition of her efforts toward promoting peace, economic development, and enlarging the scope of freedom,” Gonzaga President Thane McCulloh said in a press release. “Hers is a unique story of service, leadership and political activism across a period of dramatic civil war and economic instability. She serves as the leader of a nation with a history of political strife and challenges; despite the high regard with which she is held both at home and abroad, her own administration has been the subject of criticism as well. Imprisoned on several occasions, forced several times during the 1980s and ’90s to flee the country out of fear of reprisal, President Sirleaf’s tenacity and resilience has garnered her the nickname, ‘The Iron Lady of Africa.’”

Sirleaf, who holds a master’s degree in public administration from Harvard University’s Kennedy School of Government, is the author of  “This Child Will Be Great: Memoir of a Remarkable Life by Africa’s First Woman President.”

Tickets will be available through TicketsWest and the McCarthey Athletic Center starting Sept. 1 for $12; $10 for seniors, students and educators.

[…] A Sept. 16 screening of the film “Pray the Devil Back to Hell,” a documentary about the civil war and the Christian and Muslim women’s peace movement in Liberia, will serve as a prelude to Gonzaga University’s sixth Presidential Speaker Series lecture next month featuring Liberian President Ellen Johnson Sirleaf. […]