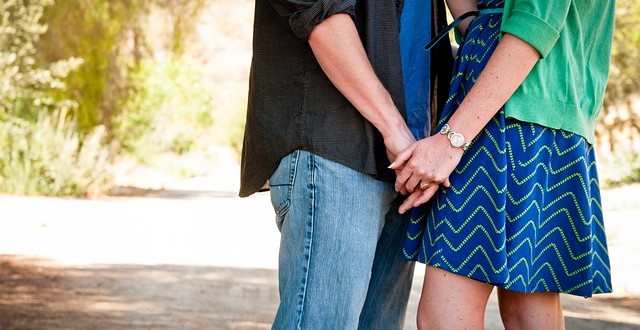 My educated guess, LC, is that you are writing in the hopes that someone will give you and your girlfriend permission to have sex. If that guess is right then consider this column your official authorization to fornicate. Go forth with my blessing and hop into the bed or the back seat of the car of your choosing. I promise not to tell anyone.

The overwhelming majority of couples at whose marriages I officiate and/or for whom I perform premarital counseling are already sexually active and already living together. And for the life of me, LC, I can’t figure out why I need to be troubled about that. While I recognize that there was a time when the moral norm was to be — or at least was to be pretend to be — celibate up until your wedding day, I don’t find the arguments for preserving or restoring that norm persuasive. Indeed, I can think of at least two pretty solid reasons that being sexually active before a wedding is a good idea.

First, sex matters. If you and your girlfriend are planning on promising one another that you will stay together until you are parted by death — and if you plan to be monogamous until death comes — then the two of you have a right and a responsibility to find out that you are sexually compatible with one another and to do so in a shame-free context. I don’t remember who it was that said that sex is 10 percent of a marriage when it’s working and 90 percent of a marriage when it isn’t (God forbid that I’m accidentally quoting Dr. Phil), but he or she was sure right. I have witnessed more than one otherwise happy marriage fail over sexual misery. Go and make sure, LC, that sex with your girlfriend brings both of you delight and connection and comfort.

Second, it’s hard to think straight when you’re horny. If you and your girlfriend are going to enter into a sacrament as momentous as marriage, then you want to be confident that you are called to the 90 percent of marriage that isn’t sex. You want to be able to say with conviction that the two of you are best friends, that you are strong business partners, that you are sustained by conversation and by silence together, that you hope for a lot of the same things, that you are able to walk with one another in times of love and loss. Don’t go to the altar carrying even a nagging doubt that your real motivation in getting married is to get laid.

As to other kinds of sex, LC, I have good news and bad news. The good news is that, no, oral sex and mutual masturbation aren’t sins. The bad news is that they are both still sex. To refrain from putting Tab A into Slot B while you and your girlfriend roll around naked together and to argue that, somehow, this represents abstinence or virginity is to engage in an absurd exercise. Any kind of serious sexual contact is a profound act of intimacy and vulnerability and, as such, it carries real risks. To pretend otherwise is to be dishonest with yourself and to be careless with your partner.

Before I wrap up, LC, let me get all theological on you. The evidence of creation is that God really likes sex. And more than that, God hopes that sex will be a source of joy for you and for your girlfriend. It is my prayer that the two you will find a way to discover and to embrace that joy, to let go of all of the confections that you hold back.