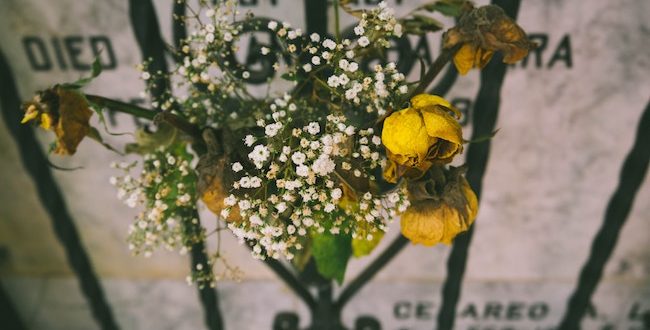 Faith and Values: In grief, a chance to set aside differences

I thought my intro column here would be different, lighter.

I thought I’d tell you about my 15 years as a religion reporter and why I chose this peculiar and remarkable path. And I will, eventually.

But on Aug. 28 my grandma died. And now my mind is drowning in grief and angst.

The grief is self-explanatory.

My grandma was my friend, my ally. We dialed each other’s numbers every Sunday, like clockwork. We talked about the news, the weather, work, pets, books. We talked about nothing, everything, everyone. We always laughed. I loved our Sunday phone calls. And without them, to use C.S. Lewis’ words, “Her absence is like the sky, spread over everything.”

In “A Grief Observed” Lewis wrote, “How often – will it be for always? – how often will the vast emptiness astonish me like a complete novelty and make me say, ‘I never realized my loss till this moment? The same leg is cut off time after time.’ ”

As my grandma grew older and smaller over the years, I knew grief was inching its way toward me. I’ve been waiting for this hurt. It’s worse than I imagined.

I knew angst was coming, too. But I didn’t know it was forceful and cruel. It’s battling my anguish, and winning. And it’s growing stronger as my grandma’s memorial service nears.

In just a few days, I’ll be on a plane to Albuquerque, New Mexico – my hometown – to do one of the final things my grandma, Frankie, asked of me. I’ll be giving her eulogy.

She wanted me to do this because I’m a religion writer and I often speak in churches – and because it’s an opportunity for my mom and me to face each other. (This estrangement is over religion, and I’ll share more on this another time.)

Broken families often come together for funerals, at least physically. A few forced “hellos,” though, isn’t what Grandma would want.

Whenever I boasted to Grandma about a good thing in my life, she’d say how proud she was. Then her voice would soften and she’d whisper, “I wish your mom could see.”

As a last gift to my grandma, I’m sharpening my vision. I’m trying to see through this fog filled of hurt, anger and rejection and instead see my mother as someone who is also enveloped in grief.

Maybe, for Grandma, we can be united in our heartache – if even just for a day.

Perhaps empathy is how I conquer this angst.

Buddhism teaches that each of us should have a sympathetic heart toward all people, even our estranged families. So as I write this eulogy, I must also meditate on love, altruism and patience. If I’m diligent, my hope is that my presence and words at the graveside won’t bring discomfort but will instead be an extension of compassion.

That would make Grandma proud.

If only I could call and tell her.

This column first appeared in the Spokesman-Review’s Faith and Values section. Simmons’ column will appear there the third Saturday of each month.

Yes! What a meaningful column for the Spokesman to run.

Thank you, Tracy, for a touching and poignant column. “Love, altruism, and patience” are at the root of all healing, for broken hearts, broken bodies, and broken relationships. I wish you all the best as you go to join your family in grieving. And I am very sorry for the loss of your grandmother.

Thank you so much, David