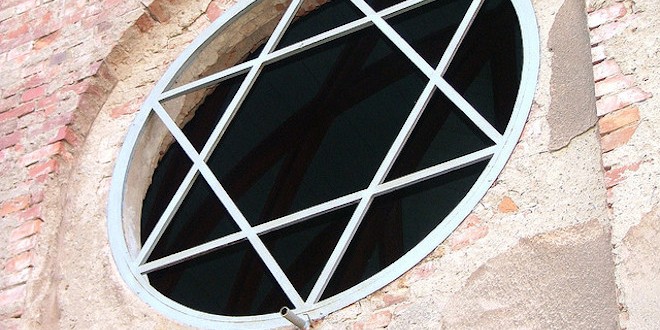 In the interview with David Neff, Levine said, “In working with Christian congregations and clergy groups, I find an enormous interest in Jesus’ Jewish context—how the parables would have sounded in Jewish ears and what the controversy stories suggest about early Jewish practice. I think that if Christians want to take the Incarnation seriously, they should also take seriously where and when and to whom it occurred. Hence the volume has 30 short essays on such topics as the Pharisees, the temple, the ancient synagogue, Jewish parables, Jewish miracle workers, Jewish beliefs in angels and the afterlife, Jewish family life, and so on.

“The Jewish Annotated New Testament” also serves to correct unfortunate stereotypes of early Judaism that sometimes find their way into Christian preaching and teaching. It also addresses anti-Jewish teachings such as that all Jews are “Christ killers” or lovers of money or children of the Devil. The annotations provide historical contexts for the passages that give rise to such canards as well as note that the vast majority of Christians read their Bible as a text of love, not hate.”

As part of the Being Religious Interreligiously Lecture Series and in honor of the 50th anniversary of Nostra Aetate at Gonzaga University in Spokane, Dr. Amy Jill-Levine will be speaking on “Of Pearls and Prodigals: Hearing Jesus’ Parables through Jewish Ears,” 5:30 pm Thursday Feb. 4, in a public lecture  in the The Hemmingson Center.

Gonzaga University showed leadership in Christian-Jewish relationships in 2010 when they hired Rabbi Elizabeth W. Goldstein as a professor in the Religious Studies department. Dr. Goldstein brings a scholarly, as well as Jewish perspective to the Hebrew Bible classes she teaches. Goldstein also serves as an advisor for Jewish students at the Jesuit university. Dr. Goldstein was instrumental in bring Amy Jill Levine to Gonzaga for the 50th anniversary of Nostra Aetate.

Here is one of the many ways Nostra Aetate fosters better relationships within communities:  “Furthermore, in her rejection of every persecution against any man, the Church, mindful of the patrimony she shares with the Jews and moved not by political reasons but by the Gospel’s spiritual love, decries hatred, persecutions, displays of anti-Semitism, directed against Jews at any time and by anyone.”

One of the activities Goldstein and colleague, Shonna Bartlett have created is an interfaith Taizé worship service at the Ministry Institute. Typically the weekly Taizé involves sung and chanted prayers, meditation, a period of silence, liturgical readings, and icons. Bartlett and Goldstein have worked together to create Taizé worship services where both Christians and Jews can feel comfortable and spiritually nourished. Other communities are doing Taizé as a Kirtan, introducing Eastern traditions to this Christian service.

Speaking at the 2016 OHALAH, the Association of Rabbis for Jewish Renewal conference, Brother Al Mascia, OFM and Hazzan Steve Klaper took conference participants through an Interfaith Havdalah, a Jewish ritual, that takes place on Saturday evening at the end of the Jewish Sabbath and the beginning of the work week. The weekly timing is similar to the Catholic Vespers service.

Franciscan friar, Al Mascia and Steve Klaper, a cantor or Jewish musical leader ask Christians to come early to Vespers and Jews to stay after their Havdalah. “The Interfaith Havdalah is not a mixture of faith traditions; rather we are unique communities praying in each other’s company,” said long time friends and colleagues, Al and Steve.

As part of the Jewish Havdalah, Steve Klaper leads Mincha (afternoon prayers) and Maariv (evening prayers) with songs like Shalom (Peace) Aleichem (peace be upon you) and V’hi No’am which is taken from the 90th Psalm, noted Klaper, saying the Psalms are something both traditions have in common.

Making the transition from Jewish Havdalah to Catholic Vespers, the leaders ring a Tibetan bowl and encourage participants to take a deep cleansing breath. The candle in front of Friar Al is then lit and they sing “Upon the Lighting of the Lamp at Vespers”. Other songs that are part of the Vespers service include “Rejoice, Rejoice” and “Shalom My Friends.” Noting the inclusion of the song “Upon Giving Thanks for Incense,” Brother Al explained that both the Jewish Havdalah and the Catholic Vespers has an olfactory or smell component.

They sing Hear Our Prayer, more commonly known as the Lord’s Pray in both English and Hebrew.”Be Holy, Hear the Whisper” they sing in English, Hebrew and Latin: Be holy, hear the whisper … HaKadosh Baruch Hu … Sanctus dominus …

“We light candles as an external expression of prayer, said Brother Al ending the event with a quote from the Sufi poet, Rumi, “A candle doesn’t lose its light by enlightening another candle.”

Visit My Website
View All Posts
Previous Human nature. Are we inherently good or bad?
Next No Value is Value Neutral