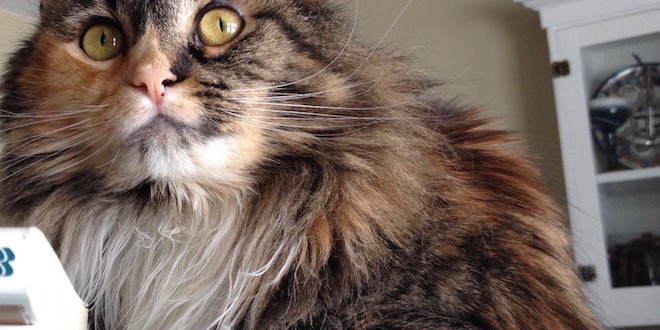 Do animals have souls?

For those of us who feel extremely attached to our pets, the question of whether they have souls may have two components: emotional and theological. We have experiences with our pets — when we’re sad and they console us; when they’re sick and display a combination of sweetness and courage — that make them appear decidedly soulful. Our feelings tell us this. We sense at a gut level, the level of intuition, that our beloved cats or dogs (or guinea pigs) have an inner life, and more complex thoughts and feelings than most people might give them credit for.

Then there’s theology. The less religious among us may have received our most memorable lesson in animal eschatology from Don Bluth’s 1989 animated film “All Dogs Go to Heaven.” Because animals are a major part of creation, numerous religious traditions take seriously the question of whether animals have souls. As progressive rabbi and “eco-theologian” Lawrence Troster points out, we can’t know anything for certain about the afterlife, “but what we believe about it says something about what we believe about life.”

The rabbi who writes Aish.com’s “Ask the Rabbi” column expresses a fairly traditional Jewish answer to the question. A reader who writes in to ask about animal souls puts forth some ideas and feelings about her dog that I would consider typical of many animal lovers:

There is no question in my mind that that she knows right from wrong and she will do everything in her power to cheer up someone who needs it. Animals think, express emotion and feel pain and pleasure. Many humans aren’t even sensitive enough to know when another person needs emotional support!

In response, the Aish rabbi refers to Genesis 2:7 to describe two levels of soul: the nefesh, or “animal soul,” and the neshama, or “human soul.” The latter supposedly “distinguishes man from animal” and encompasses spiritual yearning, which animals are thought not to experience. The rabbi’s conclusion is likely not what the reader wanted to hear: “So even though they have an important place in this world, there is no heaven for animals.”

That’s one point of view. We can find it just as readily in other corners of the Jewish Internet, such as Chabad.org, and in their corresponding sectors of offline Jewish life. Jewish theology certainly prohibits animal cruelty (“Unnecessary cruelty to animals is strictly forbidden, and in many cases, animals are accorded the same sensitivity as human beings”) and can even be used to support vegetarianism. But can it push back against the long-held belief that animal souls are inherently inferior to human souls, and that we won’t reunite with our furry friends in heaven?

I like Rabbi Troster’s approach to the question, not only because it’s what I want to hear but also because he looks at Jewish theology in the context of scientific theories and discoveries. He notes that Darwin’s theory of evolution suggests all species may have a common ancestor. He observes that DNA provides even stronger, more conclusive evidence regarding the essential similarity of all creatures, including humans. We share the vast majority of our DNA with chimps. Are we as different as we’d like to think we are?

Feeling superior to, and qualitatively different from, all other animals — human exceptionalism — seems awfully convenient, especially for a species that routinely treats “lesser” creatures less than well. Yes, Genesis 1:26 tells us we are meant to “rule over” all of our fellow animals. But just as our nation’s president theoretically answers to us — he or she gets power from us, and we can take it back — maybe, as rulers, we are actually intended to serve our fellow animals.

Rabbi Troster finds some support for the idea of human-animal equality in Ecclesiastes 3:18-21. He points out that the author of these verses “believes that humans are no different than beasts: they both have the same ruah, the animating spirit. After death, they go the same place, the earth.” The rabbi goes on to write:

In Psalm 148 all life is depicted as a community of worshipers and humans do not have pride of place. In Psalm 104 God seems to be equally concerned with both human and animal life. And in Job 38-41, the author describes a world without people and thereby claims that humans are not the center of God’s concern — God cares for all life of which humanity is only one part.

To the extent that I believe humans to be spiritual beings, I can’t help but see animals as spiritual too. Perhaps Buddhism’s humble view of humans comes closest to mine. What we may think of as soul is bound up in ego, which is an illusion. Buddha-nature, on the other hand — “the immutable nature of all beings” — is in everyone: “All living beings, human and animal alike, are expressions of Buddha-nature in roughly the same way a wave is an expression of water.”

My personal sensibility and beliefs match up well with the idea that humans are not inherently more important than animals. This view may also provide needed guidance and humility to a species — ours — that continues to flirt with environmental disaster. If we’re not careful, we may one day yield this planet to the very beings we have so long, to our detriment, viewed as our inferiors.