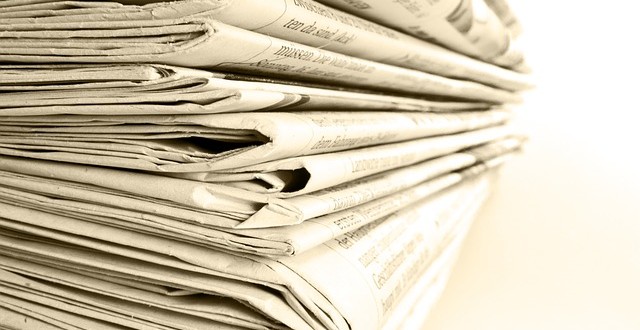 Covering the news in a culture of violence

We live in a culture of violence. This isn’t new, and despite the impression you may get from logging in or turning on the television, it may not be getting worse. In fact, several scholars argue our culture as a whole is actually less violent in recent history than in the more distant past, citing humanistic developments like the Enlightenment movement and a growing distaste for institutions like slavery, human sacrifice and cannibalism, practices common in many ancient societies. In an article for the New York Times Sunday Review, author Steven Pinkner argues the prevalence of technology inflates our impression about how much violence really exists, saying; “Today, anyone with a mobile phone can broadcast the bloodshed.”

He goes on to argue that armed conflicts between societies that kill 1,000 or more people have declined in the past several decades, and World War III, once considered an imminent development by major world powers, has not occurred.

But is the world really a less violent place? Or does the violence just look different? Author John Gray says the statistics about declining violence are misleading, and cites examples like the Holocaust, 20th century ethnic cleansing movements and ‘proxy wars’ in which ‘great powers have been involved in continuous warfare with each other while avoiding direct military conflict.’ Examples include the first Gulf war, the conflict in Ukraine and in Syria against the Islamic State, the Vietnam War and the Chinese invasion of Tibet.

The nature of war has also changed, Gray argues, making it more difficult to define. It’s no longer a cleanly divided fight between a few powers for one goal, if it ever was.

“While it is true that war has changed, it has not become less destructive. Rather than a contest between well-organized states that can at some point negotiate peace, it is now more often a many-sided conflict in fractured or collapsed states that no one has the power to end. The protagonists are armed irregulars, some of them killing and being killed for the sake of an idea or faith, others from fear or a desire for revenge and yet others from the world’s swelling armies of mercenaries, who fight for profit.”

Whether or not the level of violence in the world is greater, our exposure to it, by way of smartphones, the 24/7 news cycle and social media outlets is inarguably greater than ever. We are more likely to be influenced by the violence we do encounter in our culture, whether or not that violence directly affects us.

My friends know I work in the media, and when I talk about this issue with them, they often ask me about the media’s tendency to focus on the bad and why this happens. It’s not just an illusion -coverage of gossip, scandal, death, violence and war usually outweighs fuzzy pieces about who won The Voice or what celebrity is starting a new nonprofit. From a journalist’s perspective, this happens for two reasons.

The first and most noble: the press and the media view themselves as the fourth estate – the check on institutions of power like government or corporations. It’s why we advocate for the Freedom of Information act, public meetings laws and government transparency. We write about violent events because if people don’t know bad things are happening, they can’t do anything to change or stop them.

The second and less noble reason is that people like to read about violence. We can say we don’t, but the numbers don’t lie. Site analytics show the clicks go up when news sites publish stories about, say, someone lying about their race, or getting fired, being charged with corruption or caught with child pornography. People click on stories about murder and sex. ‘If it bleeds, it leads,’ and ‘Sex sells’ sound bad, but they’re true.

The media has a big responsibility in this role; we are the ones who frame the story. In some cases, we can even create a story where it didn’t exist, which I believe is outside our role, but it happens. We decide things like how much airtime to give a story, whether to cover it at all, what pictures to include, and what pronouns, titles and tones of voice to use when covering a story.

When a particularly controversial issue comes up in the news, like the recent release of Planned Parenthood videos or the school shooting in Oregon that sparked debates on gun control, friends also ask about the type of coverage that follows these events. The question I hear most often is ‘Why don’t news sites just publish more of the facts on these issues and less partisan editorializing on either side?”

The facts, in cases like these, are usually somewhat different depending on who the reporter talks to, and that makes for confusing coverage. Studies and think tanks are funded by different groups with various interests and political leanings, and findings from these studies can be influenced by the bent of the study sponsor. A reporter can’t put their own opinion into a story (unless it’s an opinion column), but they can decide who to speak with, the order to put quotes in a story and how credible their sources are from each side of the debate.

Divisive issues rarely have just two sides, and context is important to fully understanding these issues. Unfortunately for a reader just tuning in to a 15-inch story on a shooting, they may not have time or inclination to follow, say, the history of gun control in the United States, compare it with data from other developed countries and study crime statistics for the past 30 years before coming to a conclusion about their opinion. They probably have an extra 10 minutes in the morning, if that, to skim the headlines before heading to work.

Where does that leave consumers trying to make sense of the world as they view it through the media? I believe media has a responsibility to provide, as much as possible, balanced and fair reporting, talk to people from opposing sides and be clear when they are producing an opinion piece or a news article. Consumers also have a responsibility – to educate themselves on the issues that matter to them.

Like anything else, we get out of the media what we put into it. If a five-minute morning skim is what you do, then that’s the understanding you’ll probably have of the issues, and many of them beg a deeper perusal. Digging into a country’s history, looking into how conflicts began and how governments and authorities have acted in the past is usually worth the time. It doesn’t make violent situations any easier to read about, but it helps make sense of what’s happening around the world, and gives me a few of ‘the facts’ I’m looking for.

We have more exposure to violence and more globalized knowledge than we’ve probably ever had before, but if our attention spans are limited to 140 characters, and we’re only satisfied with easy answers, it does us little good.

Join SpokaneFAVS for a Coffee Talk forum on “Responding to Violence in Modern Culture” at 10 a.m. Nov. 7 at Indaba Coffee, 1425 W Broadway. Backstrom is a guest panelist.