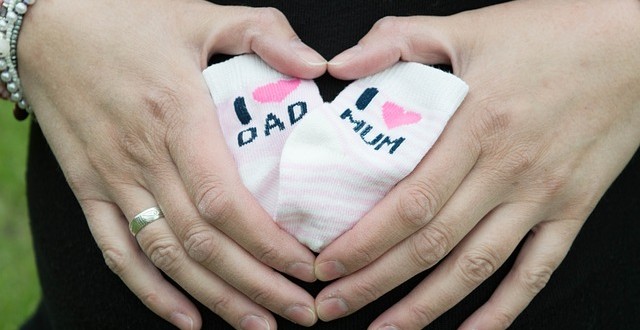 I’ve never liked surprises much and I don’t care for “winging it.” I prefer to plan ahead, do my research, weigh all the options and make well-reasoned decisions. When my husband and I were expecting our first child, I hit the library and emerged with stacks of books. I read every word of “What to Expect When You’re Expecting” — and “What to Expect the First Year” — in my first trimester. Twice. I signed up for parenting websites and baby magazines and childbirth classes, and clipped coupons for diapers and wipes. I evaluated the pros and cons of various strollers and car seats, and started shopping at Other Mothers early so I’d be sure to have the basics ready to go on our tight recently-finished-grad-school budget. I was confident that I was prepared.

And then my water broke, four weeks before my due date.

Labor and delivery went well and quickly. Our little 5-pound-13-ounce Will came home after only two days in the hospital, by all accounts healthy, if smaller than average and a little over-eager to get started with his life on the Outside. The unexpectedly early beginning to motherhood had rattled me a bit, but I figured I’d be able to settle in fairly easily now that the “hard part” was over.

And then, four days later, I watched his whole little body turn blue in my arms.

The paramedics responded faster than I thought possible. Another week in the hospital resulted in a diagnosis of central apnea — not uncommon in preemies and a condition most grow out of quickly — and we were sent home with small syringes of caffeine to stimulate his system into remembering to breathe and an apnea monitor that would warn us if he didn’t. On top of the normal stress of adjusting to being a mother and the additional challenges of his health issue, I developed post-partum depression that lasted for months and increased the difficulty of every task exponentially.

A calm, idyllic introduction to motherhood, it was not.

Will is now 12 years old, finishing seventh grade, and is almost as tall as I am. He also has two younger brothers, so it’s apparent we survived that somewhat rough start. As miserable as it was, I’m grateful now for the lessons I learned.

I had to let go of an idea I didn’t even realize I held: that I was in control. If I could just read enough, learn enough, do enough, I could get this parenting thing “right.” Nothing bad would ever happen and my child would grow up happy and perfect, always making good choices, being kind to everyone and never, ever talking back. It was all on me. That would be successful parenting.

David O. McKay, the ninth president of the Church of Jesus Christ of Latter-day Saints, once said, “No other success can compensate for failure in the home.” That oft-quoted sentence accurately captures the high priority Latter-day Saints place on family, but I think that as parents sometimes our subconscious definitions of “failure” and “success” get skewed. I thought success in parenting meant controlling the outcome, being able to plan and predict, and I felt like a failure when I couldn’t: when my baby came early and then stopped breathing, when I suffered from depression.

We need to recognize the reality of what we can control and what we can’t. Parents can love, set patterns, teach expectations, and model examples, but we can’t shield our children from every challenge or struggle, every illness or misfortune. And as they grow we can’t make all their decisions for them. As they get older, claiming too much credit for their successes or accepting too much blame for their failures takes something precious away from them; it robs them of the opportunity to claim their own credit and accept their own blame, and learn from both.

Maybe some days, success in the home looks like a dad repeatedly calling his daughter back to the job she was assigned, despite her scathing looks and vociferous protests that “it’s not fair!”, teaching her to finish what she starts.  Sometimes, it’s one brother hugging and saying sorry to another, without mom or dad’s prompting this time. Maybe it sounds like words spoken through mom’s gritted teeth in an effort not to yell — again. Or it feels like dragging yourself out of bed exhausted at 2 a.m. when a little voice calls out in fever or pain. In our house, it has tasted like the slightly overcooked pancakes our child made all by himself for the first time ever. And some days, it’s the determination to try again tomorrow to be just a little kinder, or more patient.

Join SpokaneFAVS for a Coffee Talk forum on “Faith and Parenting” at 10 a.m. June 6 at Indaba Coffee/The Book Parlor, 1425 W. Broadway. Geddes is a panelist.