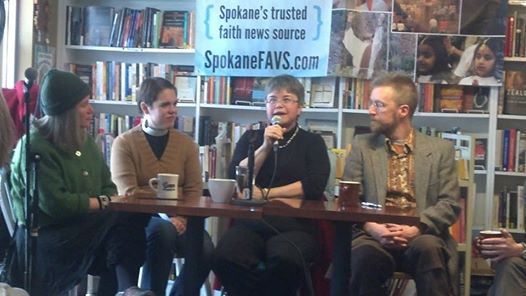 Coffee Talk: The Wonder of the End

In February, at Indaba, Coffee Talk was about end of life issues. The discussion was titled, “The Wonder of the End.” Related posts are below.

“When Death Came Calling: a family’s encounter with Leukemia”  Death has never made itself more personal than when it came calling for my daughter, Aria.

“As we pray” Lex orandi, lex credendi, lex vivendi. Or, as we pray, so we believe, and so we live.

“It’s OK to talk about death” My first conscious memory of pondering an afterlife came at the death of my profoundly disabled, brain damaged older brother.

“Not fearing death” I learned when I was about 8 years old that people my age —  young people — died, though usually through some sort of accident.

Previous Today’s Coffee Talk: The Wonder of the End
Next Abortion rate hits lowest level since 1973