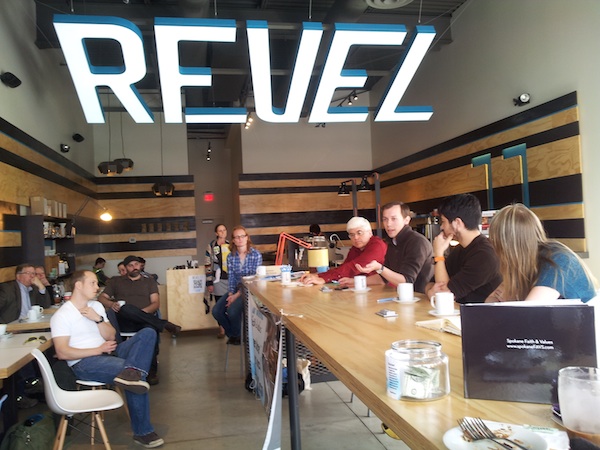 On April 6, at our monthly Coffee Talk, we gathered at Revel 77 Coffee to discuss the concept  of spiritual community.

Spiritual Community was the Coffee Talk of the April 2013 Coffee Talk. Related posts are below. 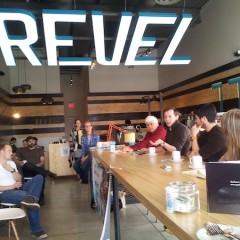 “The pitfalls of community”

Although community is a crucial aspect of any religious experience, it can be taken too seriously and put the personal relationship with the divine at risk. Read more.

“The updside of spiritual community”

My life as a Roman Catholic hinges upon being a part of a community of believers. Read more.

“Fostering a welcoming community in Spokane”

“Nones on the run”

A recent Gallup poll showed that there seems to be movement in religious America, which has seen the sharp rise of the “spiritual but not religious.” Read more.

“VIEWPOINTS: Where do you turn to find a sense of close community?”

An increasing number of people seem to be practicing faith on their own, rather than in church pews. Read more.

“POLL: Do you need spiritual community?”

Congregations are shrinking as more and more people are practing their faith independently, rather than in community. Read more.

Previous Spokane Faith & Values presents: Ask an Atheist
Next Violence, terrorism is an act of despair