SpokaneFAVS began its monthly Coffee Talks right after the Newtown Shootings. Related posts are below. 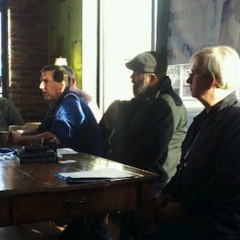 Despite the best efforts of some in the so-called “mainstream media,” a surprising new NBC News/Wall Street Journal poll published this week says that more Americans blame bad parenting and Hollywood for mass shootings than they do guns. Read more.

“Gun violence in a Christian country”

G.K. Chesterton taught me that lust is more powerful than reason. A human, committed to the dark desires of his heart, will trump those who call for rational sanity. Read more.

I am not a gun nut, I am an outdoorsman. Read more.

“We’re a society that believes violence is the answer”

The horrible killings of last Friday in Newtown, Conn. instantly elicited a huge range of responses, as it should. Read more.

“A heavy heart for the children”

My heart is heavy and my soul enraged at the thought of beautiful children shot dead. Read more.

There are no words that will wipe clean the slate of yesterday’s senseless violence in Newtown, Conn.