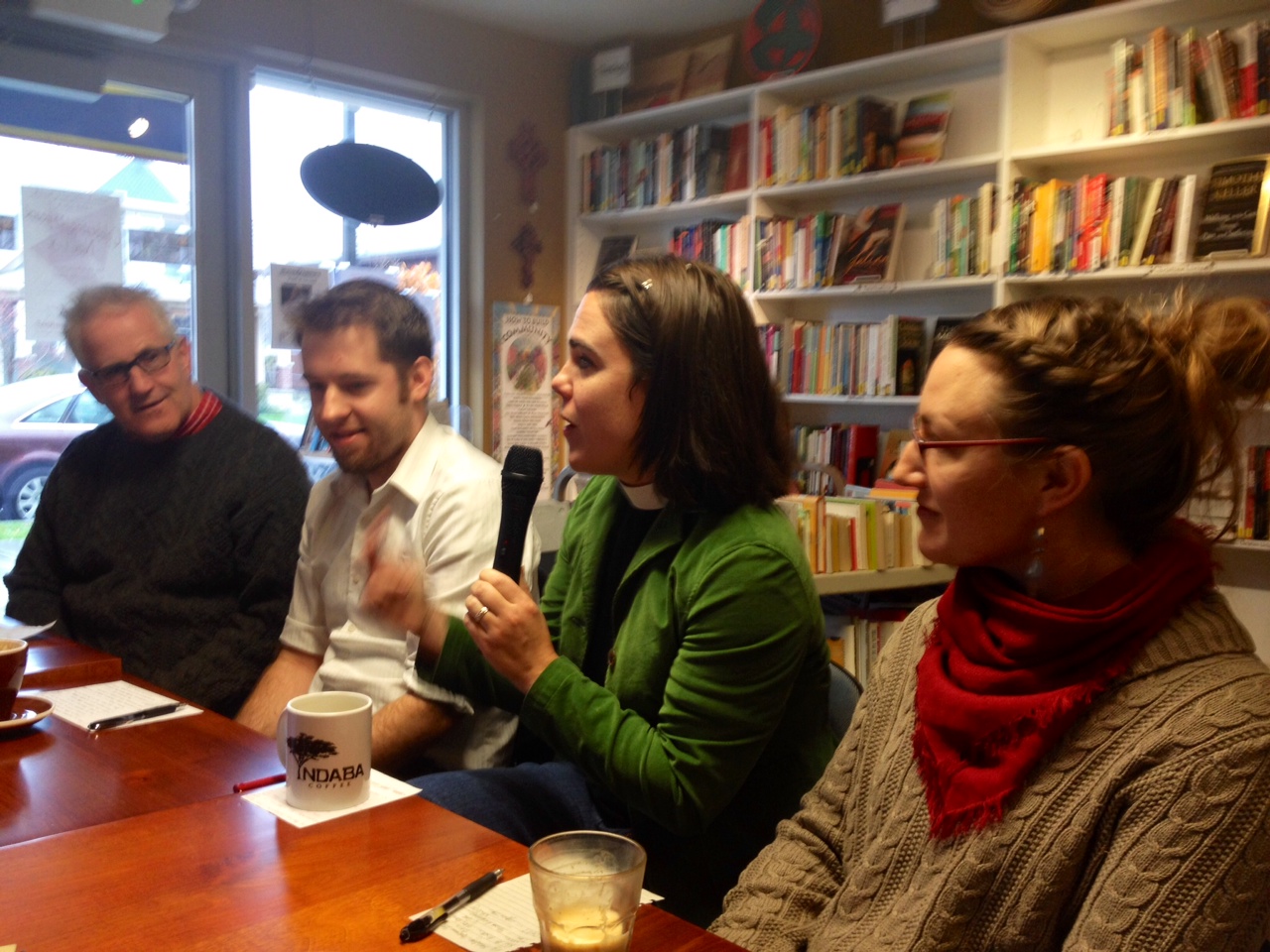 Panelists at the November Coffee Talk.

Share this story!
In November Coffee Talk was on environmental stewardship. Related posts are below.

Annie May Brown, urban farmer and den mama of a lovely intentional community, ended her article on environmental stewardship with a Cree proverb, reminding us that not until we have gobbled up every last bit of nature will we realize that we cannot eat money.

“Finding something priceless in the environmental stewardship conversation”

Not long ago there was a flurry of popular credit card ads which would name expensive products and their price, forming a list whose last item was some emotional state or level of trust labeled as “priceless.”

“Seeds, society and stewardship, oh my!”

On Oct. 7, I had the privilege of witnessing Gonzaga University President Thayne McCulloh and Gonzaga Prep President Al Falkner sign the St. Francis Pledge to Care for Creation and the Poor, making the Catholic and Jesuit schools partners in the national movement for faithful action on climate change.

We humans have vivid imaginations about the future.

Last month, the Nobel Prize in physics was awarded to Peter Higgs and François Englert for their work in discovering a mass-giving particle called the Higgs boson.

Previous “Half the Sky”
Next Ask A Buddhist: What is karma?