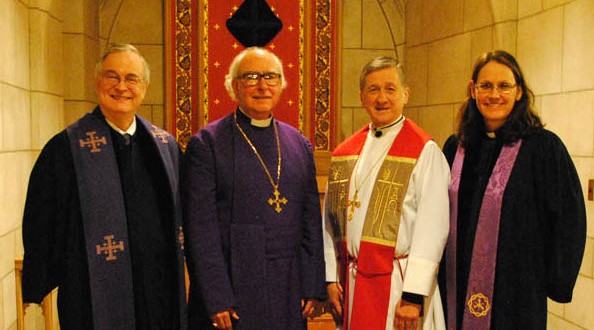 ATLANTA — Pope Francis made his most significant U.S. appointment today by naming Bishop Blase Cupich as Archbishop of Chicago. The Vatican confirmed Saturday that he will be replacing the ailing Cardinal Francis George.

Cupich, 65, is considered a Catholic progressive and his appointment could signal a shift in the church.

Since he became bishop of the Catholic Diocese of Spokane in 2010 he’s stayed mostly under the radar, working quietly with the unchurched, the ecumenical community and immigrants — efforts that mirror Pope Francis’.

Cupich came to Spokane from Rapid City, S.D., partly to deal with sex abuse scandals that had rocked the Spokane Diocese. The scandals caused the diocese to file for bankruptcy, and just this week a trial date was set regarding a lawsuit over the bankruptcy settlement.

Not everyone has praised Cupich for how he handled the sex abuse scandal, however.

The Survivors Network of those Abused by Priests (SNAP), for example, released a statement Friday stating it wasn’t optimistic about Cupich doing more to prevent future clergy abuse and claiming that during his tenure in Spokane he used bankruptcy laws “to avoid embarrassing disclosures.”

Cupich, who opposes same-sex marriage, raised eyebrows during Referendum 74 in Washington when he wrote a letter to Catholic voters that read, “In stating our position The Catholic Church has no tolerance for the misuse of this moment to incite hostility towards homosexual persons or promote an agenda that is hateful and disrespectful of their human dignity.”

He has a history of calling for peaceful dialogue. He urged his fellow bishops to be civil when there was a Catholic outcry over Obama’s requirement that employers provide health insurance that covers contraception.

He’s also been loud in his opposition to abortion and the death penalty.

Cupich, originally from Nebraska, is the first person in about a century to lead the Chicago archdiocese without already being an archbishop. In Chicago there are 350 parishes and 2.2 million Catholics — significantly larger than the Spokane Diocese, which has 90,000 Catholics and 82 parishes.

Most archbishops of Chicago go on to become cardinals, which means they can vote in papal elections.

Officials from the Catholic Diocese of Spokane were not available for comment, but Thayne McCulloh, president of Gonzaga University, said it’s been a privilege to work with Cupich over the past four years.

“Always interested in the challenges faced by the various ministries, he has consistently encouraged collaboration and constructive dialogue. It was inevitable that the Holy Father would elect to appoint him to a position where his considerable gifts could be shared with a larger portion of the church in the United States,” he said. “Even as he will be missed here in Spokane, I am confident that the people of Chicago will find him an inspiring servant, an exceptional administrator, and a joyful leader.”

It has not been announced who will succeed Cupich as bishop of the Spokane diocese, but the search process will likely take a year and a local interim will likely be assigned.

Previous BREAKING – Reports: Bishop Cupich to be next archbishop of Chicago
Next The Booty Battles: Meghan Trainor takes a vocal swing at the Skinny Girls